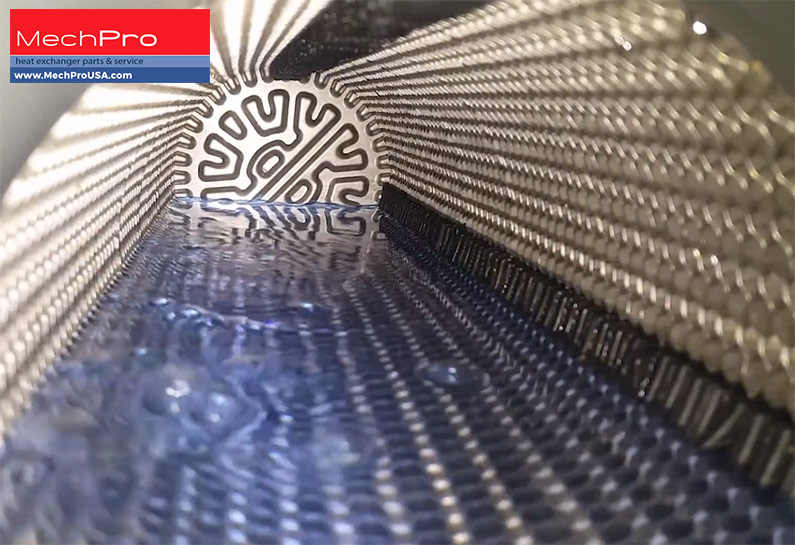 In the refrigeration process, this ammonia Plate Heat Exchanger is used to chill water. The customer had a flow problem that led to a freezing problem. The water flow was accidentally slowed to nearly a complete stop. The ammonia quickly froze the water inside the heat exchanger which resulted in Heat Exchanger Plate failure rather than gasket failure. A failure through the plate will allow cross-contamination.

The bubbling is evidence of plate failure as revealed by conducting a Bubble Test with air being forced through one side of the HX while the other side is flooded with water. Multiple pinholes were discovered in 6 out of 60 plates. The 6 bad plates were removed before performing another test at 125 psi which revealed 4 more bad plates. We had replacement heat exchanger plates and heat exchanger gaskets in stock which enabled us to assist the customer in taking their production back on-line the next day.

MechPro Inc. Heat Exchanger incident response team is on call 24/7 to assist with getting your operation back on-line as quickly as possible.